Update, Nov 25, 2011: Shortly after posting this earlier this summer, I took it off and set it to “private only” thinking the tone and message was slightly too subjective, verging on over-the-top snark. But now, I’m all meh. Happy Black Friday! Free insights to autom8’s intellectual and emotional entrails. No coupons or discounts needed. Haha.
_________________

Usually, I’d be fired up about some insight or observation related to tech or social and then ramble on for days fleshing the crap out of every nuance or any underhyped aspect worthy of closer examination. Yes, “flesh out” not “flush out”. Idiomatic offenders please get with the program and repeat after me..

Things change. That’s the way it goes. It goes that way. And that’s why the term ‘evolution’ (a subset of the more general term ‘change’) carries such weight for me, its significance often overshadowed by its overuse..its purely scientific connotation at times badly appropriated to characterize abstract transitions and help us believe that ya things are moving along, from sun up to sun down, for better for worse..things change alright. But do they really evolve? 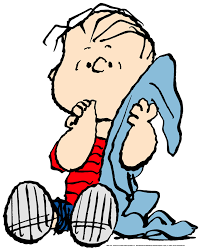 Escapism: the real BFF
As I tap this on my Android tablet on a westbound flight that promised onboard wi-fi but somehow I never managed to secure (like really GoGo? you too??) my customary sense of wanton adventure is suddenly feeling threatened.

Sounds smarmy and dramatic I know. But would you rather see bullet points of overworked, tiring variations on a theme about X social media phenom OR come-what-may rants that aim to turn on light bulbs and pull LOLs outta your fingertips?

The young person sitting beside me is glued to seemingly endless reruns of that 70’s show. Cute. It’s about a four-hour trip, and she appears to cling to her laptop like Linus to his blankie.

We’re quite good at escaping. Especially when most of it happens in our minds. It’s almost a given, a built-in fail-safe mechanism automatically initialized, detaching us from that harrowing feeling, that raw flesh wound so we’re able to exhale, create a buffer, soften the blow..shields holding at 90%..

My English friends chuckle each time I tell them that I’m taking a vacation. Londoners typically take holidays, you see. They don’t ‘vacate’ as such. But the semantics is interesting nonetheless. Not only did I vacate the big TOe (Toronto) but I also flushed out (see now *that’s* a more sensible way to use that dreadful term) whatever’s holding me back, weighing me down etc..

We escape because we have no choice. We may not care why. But it is cathartic. It gives us hope against all odds, allows us to compartmentalize complex emotions, to push back and question coercive myths packaged as absolutes, and gives us a fighting chance in the face of our darkest fears.

Ya, escapism. U da ‘bestie’ (ugh yet another maudlin term).

All the effort
A fairly turbulent-free leg so far (not mine, the flight). Linus-ette completely mesmerized from banter underpinned by polyesterpalooza and whacky tabbacky. Bless her.

If you’ve ever had the unique opportunity to survive–I mean, live through the er glory days of the 90’s and ‘accidentally overplayed’ one too many albums by Everything But The Girl (EBTG) then you probably also noticed how their early lyrics were often fixated on shoes or references to shoes. Curious.

In any event, there’s a tune by EBTG (Downhill Racer – its a remix version) where Tracey Horn meows out this line as if it’s thick honey dripping from honeycombs (does that even happen?).. “And all the effort not to let the effort show..” 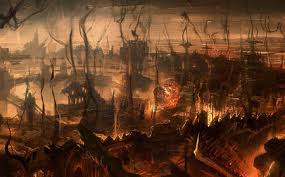 I get it though. Live stage performance offers a similar experience. But what’s my point, right? Well, this post is kinda ‘all the effort (diatribe) not to let the effort (light yet dense, oxymoron much?) show’.

Is oxymoronic a word? Gee, if only I had wi-fi..(drum shot)

The captain just announced we’re about an hour and a half away from Orange County. As I take a quick peek outside my window, I look back to see the eastern horizon muddy itself out of view. Meanwhile, ahead starboard, I catch a glimpse of a fiery fading skyline, as if a barrage of golden flashes just spewed straight out of Dante’s Inferno splattering traces of the fireball.

Speaking of overworked, tiring variations on a theme, I’m kinda feeling the big up for Linus-ette. At least she didn’t (unlike most of the crew) eagerly plug herself into stomaching Arthur.